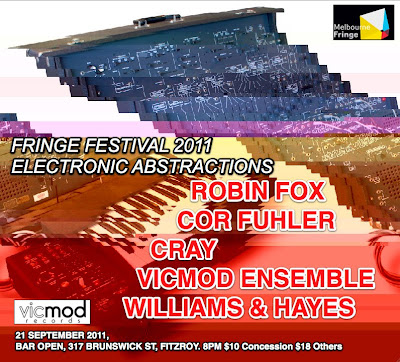 Promising a night of extreme electronic abstraction, pushing the boundaries of composition and sound design. 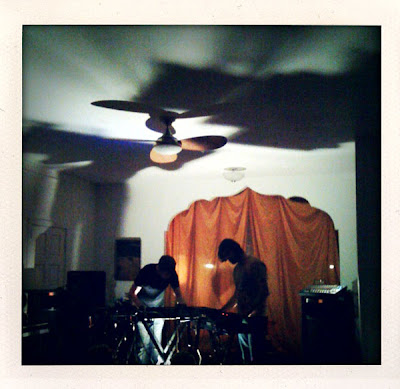 I see you began as Brother Raven in 2008, were you recording music before that?

Before Brother Raven... Jamie was mostly performing with Bonus, which at the time was a noise-drone duo project with Scott Goodwin, and later became a trio with Matt Carlson. I know they released a few things on JYRK and Root Strata. Jamie's background is in the visual arts, so there's been periods where he's been more focused on that. He's also been involved with experimental video work - check out his JYRK mini DVD.

My background was a little different - I played in improv/noise trio for awhile called BNSF (a disc on Locust Music), I was playing various free improv gigs, performing music for contemporary dance, and doing solo abstract noise shows.

How did you meet?

We knew each other for a few years before we started playing regularly. We jammed in an ad hoc quartet at the Seattle Improvised Music festival in 2007, but beyond that we really hadn't played much together. At the time Jamie was involved with this local space called Gallery 1412, helping put on shows, most of which were focused on improvised music. He and I started to get burnt out on that scene... we were spending more time hanging out, listening to old records. At some point we had the idea to start jamming on regular basis. We played a couple times a month for about 9 months, bouncing back and forth between our living rooms, jamming with locked drum machines and ghetto synths, recording to computer. As soon as we started jamming to tape and freed ourselves from the locked pulsings of the drum machines we discovered our sound.

I think I read that you own a Korg MS2000. What other synths do you use?

Yeah, it was a pretty good purchase, definitely a useful synth... but not good for everything and it has a very identifiable sound, which can be good or bad like anything really. We've got quite a few synths we've used in Brother Raven: Multimoog, Pro-One, Micromoog, ESQ-1, SH-101, tons of ghetto Yamaha FM synths, Yamaha VSS-30, Akai AX-60, Juno 106, etc... Too much equipment often confuses the process of making good music, but it also offers a larger palette... I guess it all comes down to what you're going for.

In BR we don't write songs or tracks, everything has been improvised, recorded live, and sequenced to form our records. Our solo projects don't necessarily follow this model, so there tends to be a different kind of experimentation happening in those - overdubbing, compositional ideas, etc. We use both analog and digital synths on BR recordings, as well as our solo recordings. Analogs are ideal for real time manipulation / sculpting the sounds in real time - which may be why they are more prominent in the BR recordings.

Are there any synths that you currently lust after?

I can't speak for Jamie on this, but I'm pretty satisfied with my current collection. Of course I'd love to own the high end stuff like Buchlas, Synclaviers, Serges... and there's such a huge modular synth renaissance happening right now. Your question makes me wary though... I can say from experience - gear is like drugs - one has to be careful not to get stuck in that addiction loop - it's too easy to get stuck in that consumerist mode of constantly lusting after new gear, thinking about it all the time, and taking time away from making actual work. The best approach is to really master all of the gear one owns - know and understand all that it can do... so you can speak through it. Jeff Witscher/Rene Hell is a great example of this - using the MS-2000 on his last few records (the synth you just asked me about actually). I know that synth and I've jammed with him a couple times and I can tell you that he knows that thing so well, he seems to bend it backwards / turn it inside out.

Spare Death Icon - Survival has a very 80's movie/ TV and computer game feel about it, quite different to your track Foreign Relaxation Technique. With Survival where you trying to create a theme?

SDI seems to be headed towards an all-out B-movie soundtrack vibe, but on occasion, I like to drop in hints of the subliminal, backwards realm that seem to co-exist with these meditations on time and memory. I'm interested in exploring the SDI persona as if it were mirrored in some dark, alternate dimension... and it's nice to be able to move freely from the synth-heavy sequenced sounds to more malleable, cinematic space. 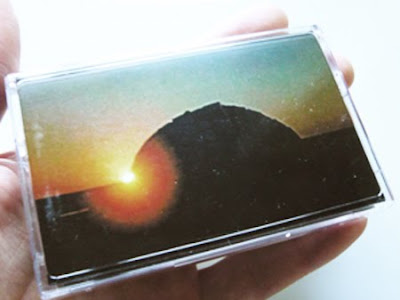 The Brother Raven release Diving into a Pineapple Portal sounds like it has been recorded onto tape. Do you always record to tape?

Yeah, it was recorded to one of Jamie's 4 track cassette recorders that has this defect that causes the sounds get super warbly when it nears the end of the tape. Tape seems to have freed us up quite a bit, as I mentioned we were recording to computer before we landed the overall concept of BR. We both like the sound of tape and how it captures our music - the medium itself has definitely had it's hand in shaping our sound. All of our recordings have been made live to 4 track, with the exception of Eaglevision and the stuff we're currently working on - I guess we've somewhat entered a new phase recently, recording to computer to ease the process and up the fidelity.

What is next for Bother Raven?

Assembling some tapes for a couple bros in the tape scene... recording some new material for future LPs - look out for new stuff on Great Pop Supplement and Aguirre and hopefully more down the road.
http://broraven.com

An Interview with Rastko 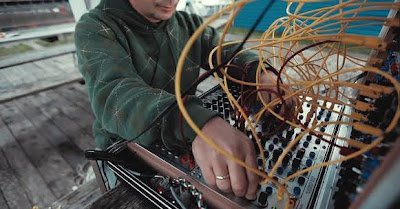 Posted by VICMOD at 8:00 AM No comments: 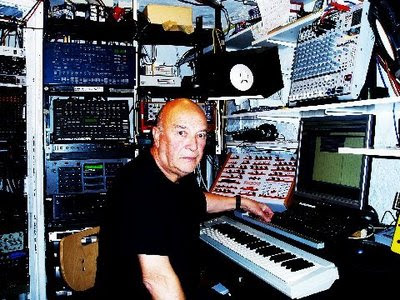 RIP CONRAD SCHNITZLER
Such an underrated hero of electronic music.
Conrad Schnitzler (1937 - 4th August 2011) was an institution in the German electronic music scene for thirty years. He studied with Joseph Beuys in the mid 1960’s, and in the late sixties joined the then fledgling German rock band Tangerine Dream. He added a bizarre, conceptual approach to Tangerine Dream that catapulted the band to legendary status, documented on the bands first album “Electronic Meditation”. Schnitzler left after that first album, forming with his friends Moebius and Roedelius the band Kluster. Kluster recorded and released three albums before Schnitzler again left, this time to pursue his own work under his own name. Kluster continued with just Roedelius and Moebius under the name Cluster. Since the demise of Kluster, Schnitzler released hundreds of albums, cassettes, and CDs, both on his own, and on various labels around the world. Schnitzler passed away in 2011, victim of stomach cancer. Hist last work was made just 4 days before his passing.

Conrad Schnitzler recordings to buy....
Con '72
Con '85
Blau
Rot
Convex
hell all of them are amazing!

If you want to be totally blown away track down the Japanese boxset The 80's works - 8 CDS of all the early classics!

Posted by VICMOD at 7:44 PM No comments: