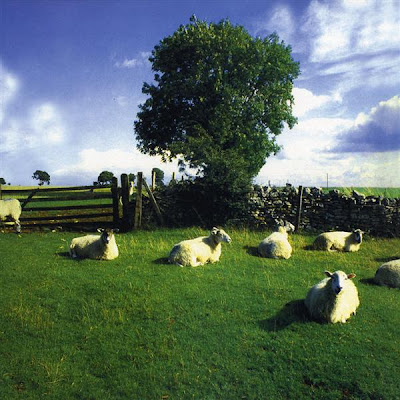 KLF - CHILL OUT (KLF COMMUNICATIONS)
Where do I start with this classic album?
Released in 1990, this is the KLF's first ambient album and what and album it is! Chill Out is a sonic journey, a trip from here to now and then onto the future. But is it really an ambient album? Is it an Electro Acoustic album? You will hear everything from proto KLF "White Room" tracks 3AM Eternal, Last Train To Trancentral etc alongside crickets, sheep, cars, radio news reports right through to Elvis Presley "In the Ghetto" all under heavy usage of delay and a great sense of movement.

Do also check out SPACE by SPACE which is the KLF on a journey to outer space. 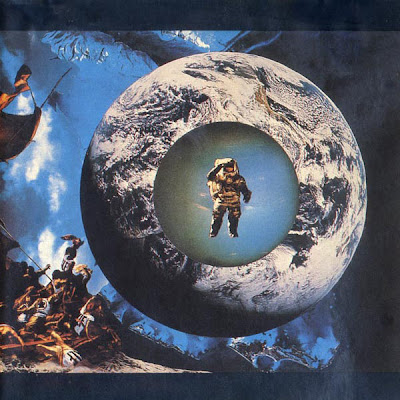 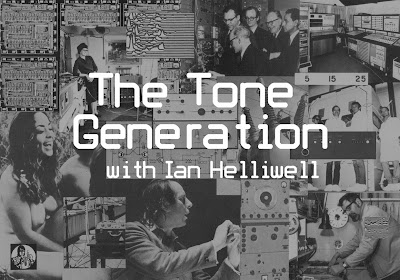 Episode 17 of The Tone Generation by Ian Helliwell.
An amazing set of early electronic music documentaries is up. This latest episode 17 is about the mighty EMS synth company :-) 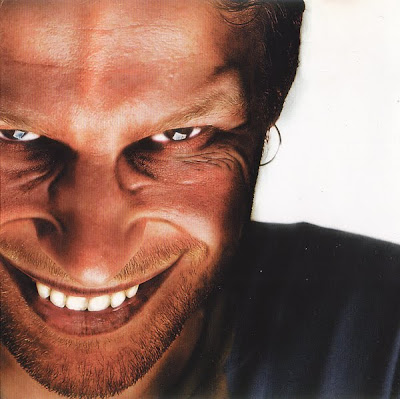 Here is yet another classic album and it could be argued that most Aphex Twin albums are classics, even Classics :-)
This was really his first beat related album since SAW1, that seemed focused, sure I Care Because You Do has some amazing tracks but it feels thrown together.
This release sees Richard improve on his proto jungle/drill n bass production first appearing on the Hangable Auto Bulb eps with tighter rhythmic structure, computer modem sounds and cheesy bells and virtual synth leads, there is almost a nod to Kraftwerk with his track Fingerbib.
The album does sound like it was recorded only on a computer, there is not much in the way or room reverb or micking up his studio space for real reverb as seems to be his fancy of the last few releases.
The track Girl/ Boy Song is pure Aphex magic covering all the recepies for a great Aphex track, manic beats being balanced out buy the most beautiful lush string arrangements. It is that heaven and hell thing all boxed up and ready to blow your mind!.
I could go on for hours about how amazing this album is. RDJ is the shortest album released by Richard, unless you get the US version with the Girl/Boy Song ep included. It is Richards most out there album but aren't they all?
Posted by VICMOD at 2:13 PM No comments: 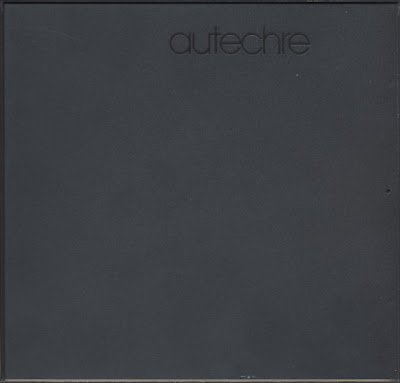 This was really the start of Autechre moving more into the abstract beats style that they are still creating today. The accompanying EP7 was released a short time before this and it is also a full length album. The Nord synths are in heavy use here in the form of skitter sequences combined with water tube crunch delay percussion sounds. Don't ask me to name tracks, Autechre were the very reason I lost interest in track titles, they don't really matter, its just a reference point. Autechre's music, more than anyone else I can think of ,create sonic paintings, really sonic masterpieces!
An absolute classic album and I believe they get better and better every release.
Posted by VICMOD at 3:27 PM 1 comment: 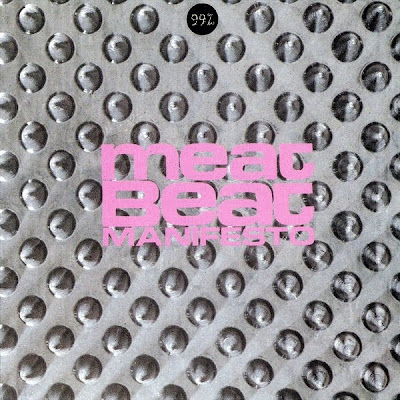 This release really has it all, dirty electronic funk, dub, rave sounds, jazz samples, distortion, Janis Joplin interview samples ( Hello teenage America). What more could you want?
Jack Dangers is in fine form here covering producing classic tracks like Radio Babylon, Now, Psyche Out etc. Pure electronic dirty funk bliss!
If you can check out the Japanese version it has about 6 extra tracks.
Posted by VICMOD at 3:21 PM No comments: 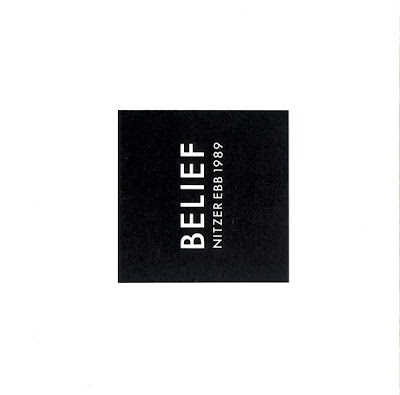 This was constantly on play at my place for years. Such a brilliant album full of ARP 2600 sounds and sequences. Classic stripped back electronics tracks like Shame, Hearts and Minds, Control I'm Here - strong thumping tracks and Flood production make this a must have!
I need to check out their new album
Posted by VICMOD at 3:15 PM No comments: 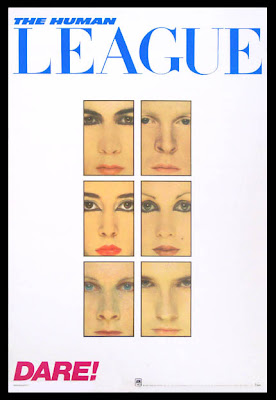 The Human League - Dare (Virgin)
Whilst not being my favorite Human League album (Travelogue,Reproduction) this album is a classic electro pop album. With the then newly released Linn Drum through out the album and its shimmering sounding synths this is miles away from the previous two albums . This is really the album that got me into synths and I suppose many others will feel the same.

Sound Of The Crowd is such a cool slab of electropop, Get Carter with is Casio VL Tone synth line, electronic bongos, basslines and lush strings really do make this a must have release. I actually appreciate this album more now for its sound than its pop tunes, not being such a pop person anymore, but it is still a classic electronic release.
Posted by VICMOD at 11:39 AM No comments: 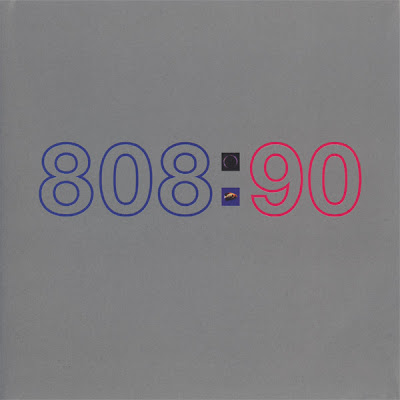 808 STATE - 90 (ZTT/Tommy Boy)
808 STATE were the Weather Report of techno. 90 is such an amazing album that has stood the test of time.If you havent heard it do check it out.

When 90 was released in 1990 we had pretty much three years of amazing techno 12" releases on small obscure labels behind us.This release was a techno album, such a rare entity at the time, maybe the only other people releasing techno albums were Juan Atkins and Derek May.
90 was released in 2 versions, the UK version and the US version on Tommy Boy which featured different track order and extra tracks, its actually pretty much a completely different album to the U.K ZTT release.

I really feel there hasnt been anything like this album before or after its release. 10/10
Posted by VICMOD at 10:41 AM No comments:

Classic Electronic Albums - Art Of Noise - Who's Afraid of the 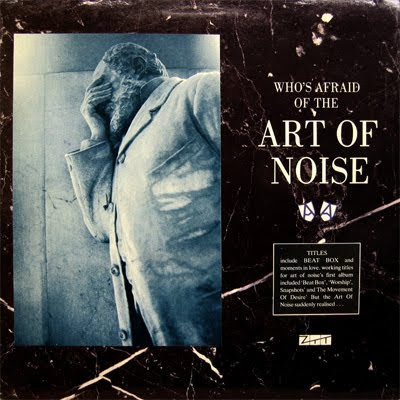 ART OF NOISE - WHO'S AFRAID OF THE (ZTT)
This has got to be one of my all time favorite albums. A true classic!
Released in 1984, wow that seems so horse 'n' cart now, this album was THE Fairlight CMI album with top notch writing, sampling and production. You will hear cars starting, tennis matches, aircraft flying, wooden rulers used for bass lines, orchestral stabs, , church bells, footsteps, thunderstorms and so much more!

Its a great combination of avant electronics fused with pop sensibility. Its abstract and it works.
Moments in Love was probably the most well known of the tracks but not the strongest track in my opinion. Close (To the Edit) with its car samples, orchestral stabs and reversed shouting female along side huge drum sounds made this an amazing release. 10/10

As a heads up: And what have you done to my body god is a 4 CD release with only tracks, remixes and demos form this classic album.

Taken from Wikipedia
Art of Noise (also The Art of Noise) were an avant-garde synthpop group formed in 1983 by producer Trevor Horn, music journalist Paul Morley, and session musicians/studio hands Anne Dudley, J.J. Jeczalik, and Gary Langan. The group's mostly instrumental compositions were novel melodic sound collages based on digital sampler technology, which was new at the time. Inspired by turn-of-the-century revolutions in music, the Art of Noise were initially packaged as a faceless anti- or non-group, blurring the distinction between the art and its creators. The band is noted for innovative use of electronics and computers in pop music and particularly for innovative use of sampling.
Posted by VICMOD at 10:29 AM No comments: 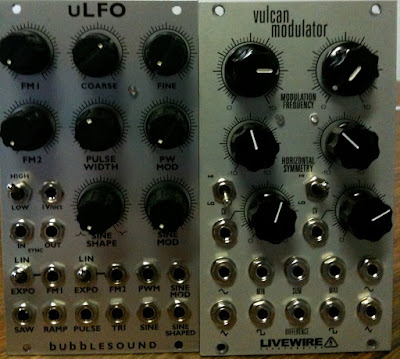 Just arrived the Bubble Sound uLFO. I havent had a chance to plug it in yet, but these two can keep a human busy for hours :-)

Posted by VICMOD at 3:27 PM No comments: