AMSynths: Jupiter 6 Filter - AM8060: "Introduction How would you like to trasform a boring Boss Phaser pedal into the awesome multi mode filter from the Roland Jupiter 6? Well re..."
Posted by VICMOD at 6:54 PM No comments:

AMSynths: Roland 100M Replica - Major Progress: "With a few days off over Xmas 2009 I was able to make some progress in completing my Roland 100M analog synthesizer clone. The main taask h..."
Posted by VICMOD at 6:54 PM No comments:

AMSynths: Snow Fall - EMS VCS3 Filter Clone: "During the exceptionally snowy weeks of early 2010 I built a redesigned version of this classic filter which was used in the EMS VCS3 and AK..."
Posted by VICMOD at 6:53 PM No comments: 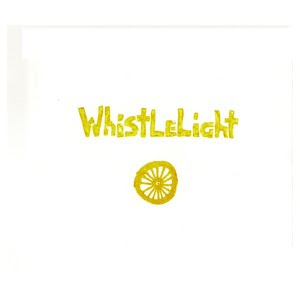 We are very happy to be releasing Cor Fuhler's solo EMS Synthi AKS album WhistleLight.
I saw Cor Fuhler perfom with Get Jan Prins in Melbourne about 8 years ago and have never forgotten the performance. Since that day I had wanted more Cor Fuhler releases and now we have this amazing solo improv set.

Do check it out!
http://www.vicmod.net/music/whistlelight/whistlelight.html
Posted by VICMOD at 9:47 PM No comments:

An interview with Don Hassler
You have a new release out with Ross Healy how did that come about?
I think posting audio files on a sharing site created an opportunity for a long distance friendship and collaboration. I think the work has less to do with the music, rather our mutual love of new music in general.
And you both have never met each other in the real world?
Sadly, no…
I like the way the album is 2 solo performances put together to form a new recording. Did you both work out what to play and when?
On my end, I was just collecting recordings and calling them pieces after naming them. I think we did go back and forward a little, but in the end, it was cut and paste.
What got you into electronic music?
Probably Switched On Bach. I was really into music as early as I can remember. The synthesizer was just too magical to resist.
Your use of the Buchla is fantastic on this new release, you seem to have a great understanding of the synthesizer. Your first solo release also on VICMOD Records, was all EMS Synthi AKS. Do you have different uses and approaches for each synth?
I’m not so sure I would claim to have a great understanding of synthesizers, more I think I just love to work with them. My approach is the same with each; I treat them like a radio. I just try to find stuff with them.
Do you perform solo live or with others?
If what I do can be called performing, then yes, sometimes. I’ve worked a lot with Jason Butcher. He’s amazing, and it has been a wonderful privilege. I’ve also with Dick Robinson, who has been working in electronic music since 1964!
Thanks for your time Don
Posted by VICMOD at 2:35 PM No comments: