We are interested in recordings that push boundaries in sound synthesis and arrangement. Recordings can consist of digital computer music, analog synthesis etc.


The label will release limited editions* of each recording and once they have sold people can buy the digital version indefinitely. * limited edition versions will come with extra bonus tracks and art etc.

We are currently working on the website and will have the label up and running hopefully by August 2009 at the latest. We already have 3 albums ready for release.

Please submit your CD with music and data bio, photo and contact information.
We will need 320 mp3 recordings and also wav file recordings.
If we decide to release your stuff we will run the label professionally and will treat the artist with the respect they deserve.
If we do not decide to use your album, fear not we will not copy or distribute your recordings without your authority.
Please let all your friends know.
Posted by VICMOD at 7:49 PM 3 comments: 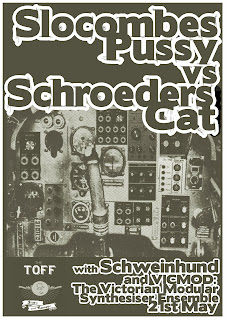 This Thursday, 21 May at the Toff, Swanston St, Melbourne VICMOD ENSEMBLE will be performing an all modular set and then joining psych rock mind fuck artists Slocombe’s Pussy. Expect sonic madness and pussy galore!


Toff in Town, Thursday 21st May

Posted by VICMOD at 4:11 PM No comments: 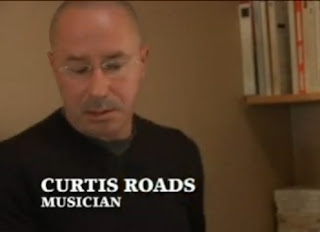 I owe so much of my digital sound world to Curtis Roads.
He is up there with Subotnick, Cage, John Chowning, Don Buchla, Pierre Henry, Parmegiani, Xenakis, Hecker etc
Click on the photo to take you to a 3 part doco.
Posted by VICMOD at 1:09 PM No comments:

Many thanks Graeme Trott
Posted by VICMOD at 7:39 AM No comments: 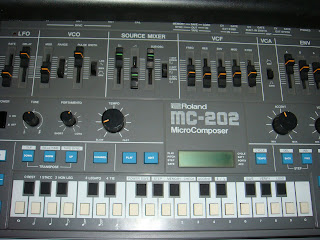 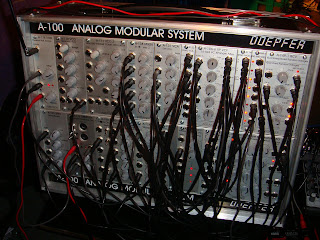 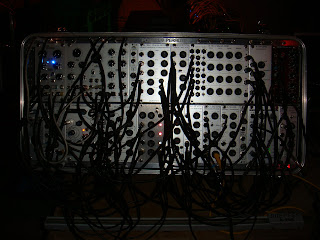 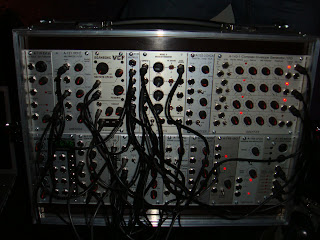 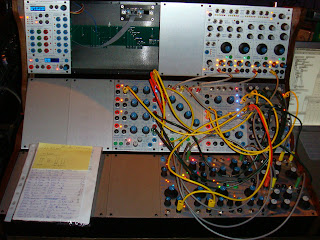 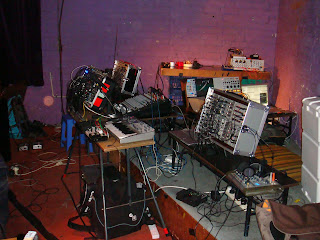 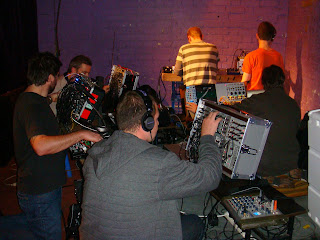 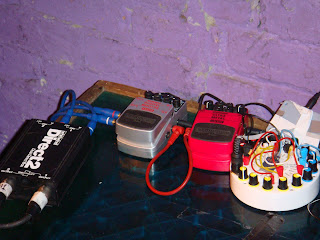 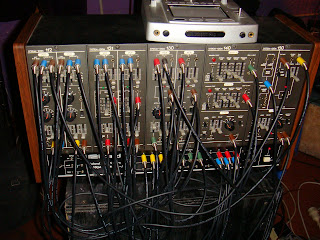 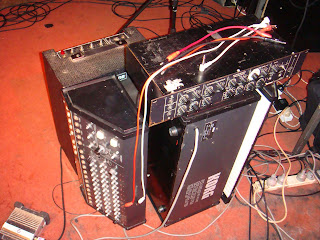 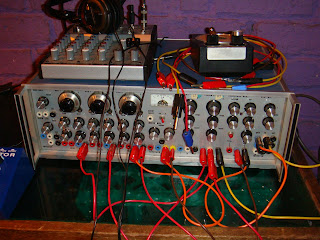 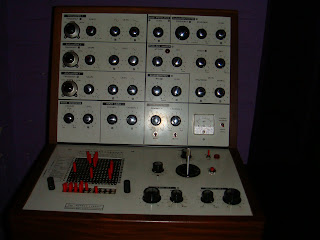 Many thanks for the new photos Stephen Richards
Posted by VICMOD at 6:41 AM No comments: 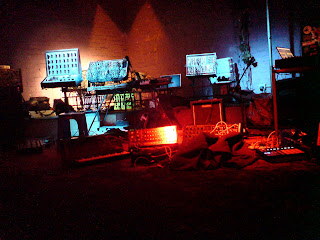 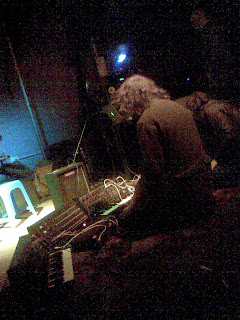 For a short period of time last night you could have been excused not knowing what century we were living in, what with Public Image Limited blasting out the bar speakers downstairs and upstairs, before the performance, The Human League’s Reproduction album was happily playing away followed by tracks by Morton Subotnick and Alvin Lucier. Plus the fact I could see 2 Korg MS20s a Roland MC202, EMS VCS3 and a Roland System 100M.

What brought me back to now was seeing new modular synths consisting of a mish mash of euro modules (Livewire, Harvestman, Doepfer, DIY) a few laptop computers and a Buchla 200e. I wanted to look at this room forever!

The night started off with an amazing low end rumble courtesy of Stephen Richards on his Roland MC202. It was great to see the MC202 being used differently.

Next up was Mathew Brown and friend on 2 Korg MS20’s a Korg sequencer and a new NI Maschine, again an amazing use of the Korgs , great transient glitchy stabs of sound, thwaps and clicks.

Cray was next up using a combination of Buchla 200e and computer. Its best to describe Cray’s sound as Avant electronics, think not quite a wall of noise and not quite pure Music Concrete. What followed was panning transient sounds, and what I can only describe as futuristic engines starting up and slowing down, with creaking sounds and so much more.

Abre Ojos was next ( Euro modular)for an immersive drone set. Its great to sit down and phase out Abre’s Ojos. Sounds slowly build up with droning vocals to creep up and wash over you. Would be great to hear it in a cave!

VICMOD Ensemble were the last performance for the night. 4 Modular synths, what looked like a very early proto EMS VCS3 that Don Banks could have owned and assorted electronic boxes. This was a completely different sound to their last performance. Each member started 3 minutes apart giving the audience more indication as to who was playing what. It wasn’t the wall of sound I was expecting instead it sounded like a futuristic society of nanobots having a conference. A great performance.

All round the night was a huge success and any night where you only see synthesis is a great one in my books. There should be lots more of it!