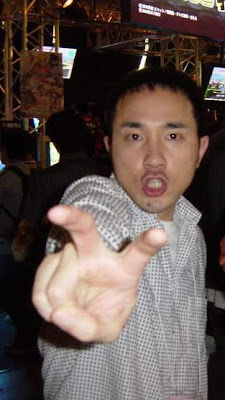 You have an interesting new release, 7in 45 out on VICMOD Records, the second release within 25 years, please tell us about it and why have you remained so quiet?

I was stalked by the guys at VICMOD a year ago and they told me they loved my cassette release of 7in45, from back in the 80’s. They wanted to re-release it but I wasn’t so interested in releasing it again, I was shocked that anyone had heard it or even remembered it.! I did suggest that I would make a modern day version of it and they were happy with that. The new version isn’t so far removed from its origin.

I have remained quiet musically because I have been away from the planet for a long time, and I had to relearn many things.

What do you mean?

I lost my mind and was institutionalised for about 10 years. I use to believe that I had been stuck between frames of consciousness, on a different plane, I think you would say. I am ok now but only wanted to do this as an experiment.

Can you tell us what equipment you used on the original cassette version and what you are using now.

I had great fun with my equipment back in the day, mostly Roland gear, System 100, Space Echo, tape machines, test oscillators, field recordings and a Sequential Circuits Drumtracks that I use to trigger sounds from tape.

Today I just use a computer running Linux with some home made programs, an editing program, Moog Voyager, turntable and the original recording from cassette.

You say you make your own programs, can you tell us what they are?

Just some time shifting, warping of sound stuff. I don’t really want to talk about the equipment too much, it is very personal.

When you originally recorded 7in45 you were trying to create an atmosphere. I find both recordings to be quite dream like, surreal. I feel as though I am sitting on a hill watching time go by.

I was just trying to create what I could hear in my mind, memories of old Japan etc. I did want to create sound poems with field recordings looping and tone melodies.

Can we expect to hear anymore releases from you?

I don’t know, I am happy with this work. Maybe in another 25 years I will recreate it again!

Posted by VICMOD at 1:35 AM No comments:

VICMOD RECORDS is starting the new year with the promise of a new release each month. We are offering a US$25 subscription for a full years releases and with the subscription you get access to our back catalogue. The other option is to pay US$5 per release.

The first release for the year is by Japanese man of mystery RYOU OONISHI. 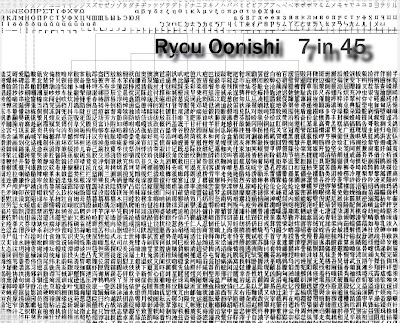 The original version of Ryou's- 7 in 45 was release in limited quantities back in the mid 80's on cassette only. We finally managed to track down Ryou and ask him if we could release his cassette.
He wasnt so interested in releasing the original recordings but did say he would recreate the original with the equipment he currently has.
How could we say no!

Listen/ purchase to 7 in 45 via VICMOD Records web page
February release will be between Don Hassler and Ross Healy.
Posted by VICMOD at 12:54 AM No comments:


Having fun with Kyma, my first week 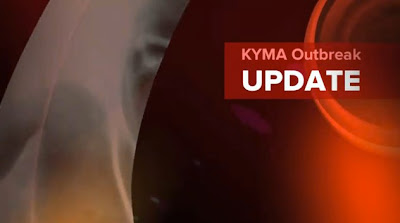 Posted by VICMOD at 8:30 AM No comments: